Not every industry advances at the same technological rate

Weirdest things can cause system issues

Not every industry advances at the same technological rate

It’s no secret that we’re fan of VoIP systems. The flexibility of a fully computerized PBX enables a small company to do exactly the same level of phone routing and processing that the big guys do. You can use it to make a very small, or even a sole, proprietorship look large. However, digital voice has some issues that need to be tackled before it can be installed at every location.

Today’s issue was discovering that it’s incompatible with nearly every alarm system installed everywhere! Well, at least every alarm system connected to a telephone line but which has a 4G failover on it. The idea is, if the line is cut before someone comes in your premises, the police still get alerted because the system fails over to 4G to communicate.

On investigation, the incompatibility is actually an alarm problem – more than a VoIP problem, essentially, because of the way the technology worked 20 years ago versus how it works today.

When connecting to an alarm, we use a small VoIP to plain old telephone system (POTS) converter box, also known as an ATA. This emulates a POTS line by putting 12v (volts) on the line; when it rings, that goes to 48v. The alarm will check for 12v; if it’s missing (line disconnected), then it fails over.

However, nearly every provider uses VoIP in one form or another. Even AT&T’s digital phone service comes in on a modem. So if the line goes out but the box still has power, it still gives off 12v, which means your alarm will not failover.

POTS from a “real” phone company is the only option that works with this setup, but even real phone companies are no longer using real phone lines. Using a cable provider, like Comcast, is not an option. Using AT&T’s digital voice also is not an option. In fact, the only way this will work is by wiring it into an old-style telephone line that comes in from the street.

The solution, according to the alarm guy I spoke with, is to replace the “modem” in the alarm with an ethernet module. It plugs into the customer’s LAN and gets internet access to “call home” in case of emergency; however, it’s easier these days to detect no internet than no phone line. In case of no connection, it will fail over to 4G. The cost to replace the module runs around $300 if you have the alarm company do it.

However, another client of ours doesn’t have 4G failover, so an adapter is fine for them.

Don’t allow your alarm company to blame your telephone system when it’s their alarm system that needs to move with the times. 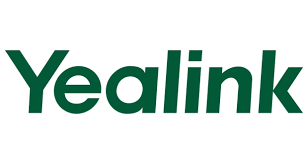